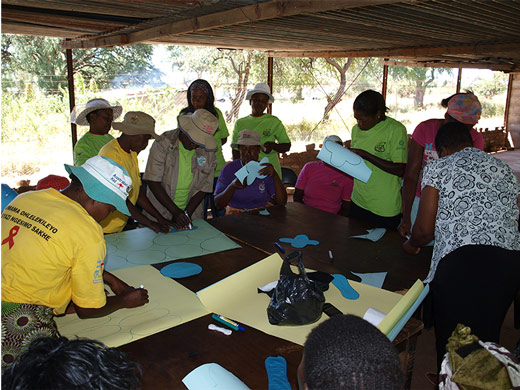 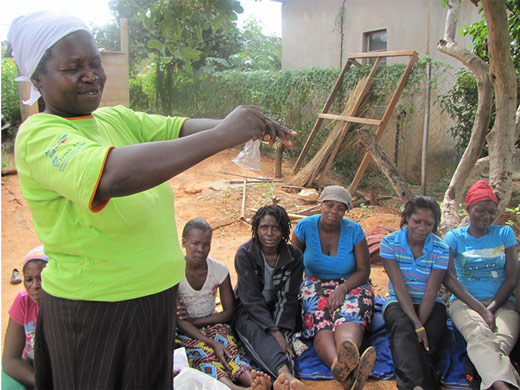 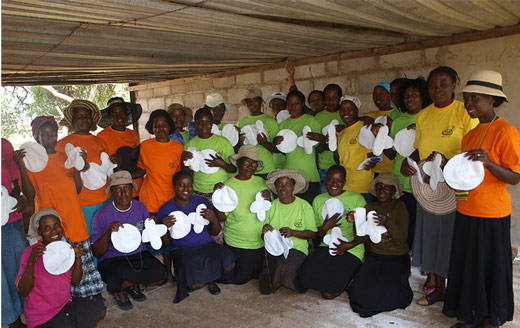 HOCIC has been implementing the Securing Rights program funded by OXFAM in Umguza and Matobo Districts since 2014. Matabeleland South and North Province have the country’s highest HIV prevalence rate of 17,4 % to 20% which is higher than the national average of 15% compounded by high incidences of Sexual Transmitted Infections (STIs) with a total of 1850 people being treated in Umguza in 2016 (NAC 2016 Report). The Rapid Assessment on hindrances to access to treatment in the district conducted by HOCIC at the inception of the program showed that poor health delivery system in Umguza is the major challenge. Of the sampled wards 67% of the respondents cited distance and high transport costs as the major causes of poor access to treatment.

The program is focusing on the following three main outcomes: Increased knowledge levels on HIV and SRHR; (2) Increased access to HIV and SRHR services and (3) Improved livelihoods and nutrition for women and girls, people with disabilities and young people; in 2 wards of Umguza District by December 2014. The major activities that were carried out throughout the course of the programme from inception in 2014 include establishment and formation of Self Help Groups, weekly SHG meetings, advocacy meetings with duty bearers, bulk SMS, sports galas, trainings on low input gardening, trainings on packaging and marketing of goods, marketing of goods at the ZITF, annual review meetings, documentation through the SHG booklet, capacity building through workshops as well as exchange visits and commemorations. By the end of 2017 at least 38 SHGs had been formed in the two wards of Umguza and the women met weekly to save income from as little as $1. They borrowed loans from the group savings and started individual income generating projects. The weekly meetings saved as a platform for the women to receive and share information on SRHR and HIV which included talks and lessons on Breast and Cervical cancers, PMTCT, STI screening, Family planning, Condom Use, HIV testing and counselling and Treatment literacy to encourage adherence for those living with HIV and AIDS. The women also received capacity building on how to grow their businesses. Despite the economic challenges in the country, the SHG groups thrived with the 38 groups reaching out to 1,203 direct beneficiaries (109 men, 1040 women) through SHGs. 3609 indirect beneficiaries  (396 males and 3213 females) were reached through community dialogues, commemorations and campaigns. By the end of 2017, the program had scaled up to cover two wards in Matobo and is now focusing on Gender Based Violence, SRHR and improved livelihoods through the SHG approach.

World Education Inc in partnership with HOCIC implemented the IMPACT program to support the Ministry of Health and Child Care in accelerating access to care and treatment to children living with HIV and AIDS. According to the Ministry of Health and Child Care only 50% of ART eligible children are on care and treatment. As a result of these findings HOCIC implemented the Expanded Integrated Management of Paediatric (EIP) ART Care and Treatment program in three districts namely Bulawayo, Umguza and Bulilima and the program was aimed at increasing the uptake of ART among children aged between 0 and 19 years from 2014 to 2017.

In this program HOCIC supported MOHCC in the identification and enrolment of 1330 HIV positive children into the ART programme in FY16. In so doing the project: 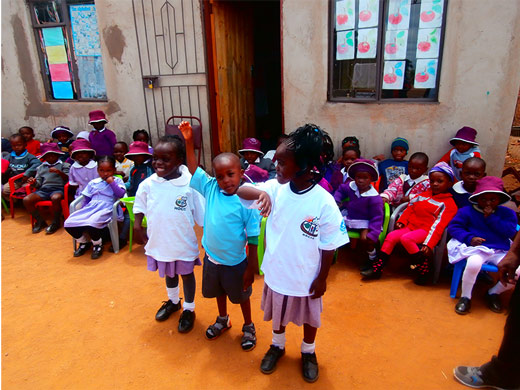 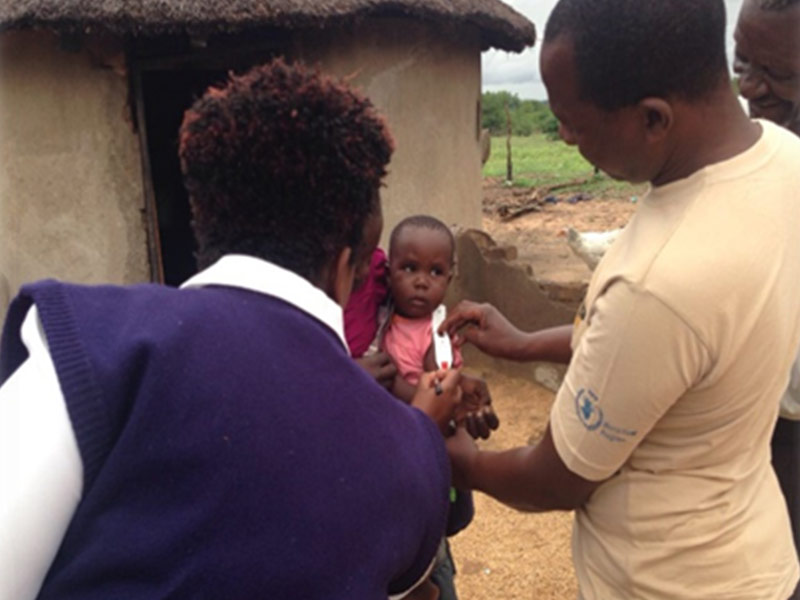 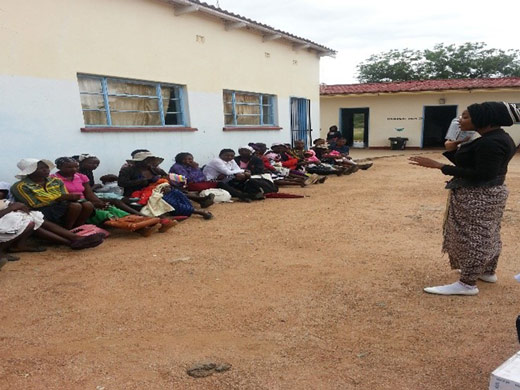 The ZimVac report stated that there were 5000 under nourished children with moderate acute malnutrition around the country during the peak hunger period of the 2016-2017 farming season promulgated by recurrent droughts and famines in the country. Treatment of Moderate Acute Malnutrition (MAM) was a response to reduce moderate acute malnutrition in Umguza, Gwanda and Matobo districts in the 2016-17 farming season. ZimVac findings showed that MAM levels were now at 6%, a figure that was higher than Global Acute Malnutrition, hence, the need to treat identified cases. The target group was 6-59 months category that presented a Middle Upper Arm Circumference (MUAC) of between 11.5 and 12.5cm.

The target of reaching out to 1 800 children affected by malnutrition in the three districts was met. A monthly ration was 6kg of super cereal plus which was a ready to use food supplement was distributed per child in the districts with the help of the health personnel and village health workers. Care givers received counselling on nutrition and general baby care as                                           well as prepare balanced diet for the family. The health centres also benefited from the program as they could draw up MAM registers which were not only used for this program but for future programming as well. Children were weighed each time they visited the health facility; thus, making it easy to track the progress or lack of it in the rehabilitation of affected children. Children who visited the health facility at the time of the project implementation had their anthropometric measurements checked as well as receiving nutritional information that was disseminated.